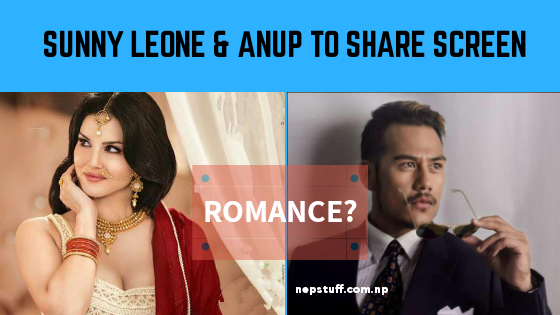 Anoop Bikram Shahi is playing as an anti hero in the movie. The whole movie is going to be filmed in and around the London city. All the technical crew and other members have already reached London. Anup Bikram Shahi is having his flight this Friday to London, however Sunny Leone is supposed to join the crew in London soon.

Under the banner of AP Entertainment, the film “Password” is going to be directed by Samrat Basnet and produced by Bikram Joshi. Whereas the camera person is Saurav Lama and the dances are to be coreographed by Ramji Lamichhane.

Anoop Bikram Shahi says this is a moment of pride as Indian Actress Sunny Leone will be joining the film. He says he’s so excited and happy to work with her. Bikram takes this as an opportunity to flourish the India-Nepal filmy relation among the film faternity.

The film is supposed to be released in starting of 2019. And Sunny Leone is going make her audiences happy with her item number and small role in the movie. Buddhi Tamang, Chultim Gurung, Bikrant Basnet, Prabin Khatiwada, Lisa Sunar and Pari Rana will be joining the film in lead role.