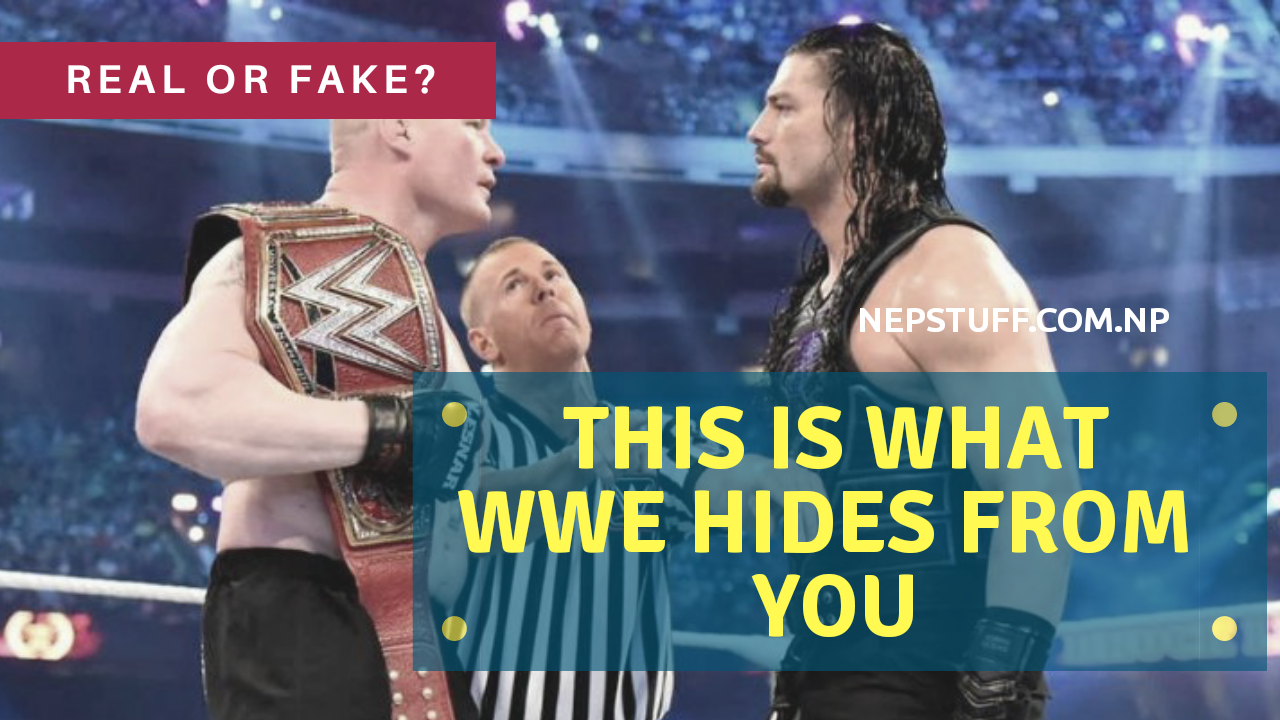 WWE craze is so hyped that, a small child to his old aged grandfather knows well about John Cena and Undertaker. WWE is a TV Programme that we grew up watching. However, it’s real live match happens mostly in the USA and oftener keeps on changing to other countries too.

After watching WWE, everyone must have wondered whether it’s real or scripted. Today we are going best to unfold the mysteries of WWE. WWE stands for World Wrestling Entertainment; that means it’s not a pro wrestling game, it’s just a business designed for entertainment purpose. They themselves don’t call it a sport why? Because all the stunts performed in the arena are pre-planned and scripted by the authorities. The winner of the game is already fixed. All the rivalries showcased between the authorities and superstars are part of entertainment and latency. They just search for the best way to create buzz and entertainment among their audiences.
You must have noticed that the referee continually talking to the superstars. You might have thought he’s just making them remember not to breach any rules. But the truth is different, Although the game is pre-planned and the winner is fixed but every time the game may not go in the flow. Superstars might forget their moves, and they may get arrogant and change the planned game so, here the referee works as a mediator and instructor to remind the players their moves and other things. The referee gets all the instructions from the authorities, which they use to instruct and guide the superstars. (cracked dot com says)
Above all, although the game is planned, Superstars build up their body, they get hard training. During the game the moves are real, they fight live on the arena, they get bled, they get real injuries, even they get hospitalised many times, they take the actual risk. Only the game is planned to bring the thrill and latency. There’s no doubt; the superstars put their life on the line for the game.

If you are a true fan of WWE don’t get trapped in this crap real or fake questions, enjoy the real beauty of the game.

What Happens When You Quit Smoking Now?